With their cyfar compasses and dowserchimes, the Soulscryers can map the dark corners of a being's soul as well as those of the Mortal Realms, marking them out as both priests and navigators among the Idoneth. Whether their quest leads towards spirit-plunder or along new paths of the whirlways, the Soulscryers divine the way. In addition, the Soulscryers can single out a battlefield's richest quarry, illuminating them as a prime target for all Idoneth Deepkin.[1a]

They are also accompanied by Scryfish shoals, etherfish that help point the way and vigorously attack foes with the spikes that jut out from their jaws.[1b][1c] 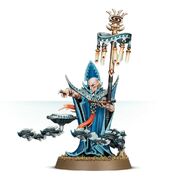 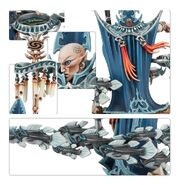 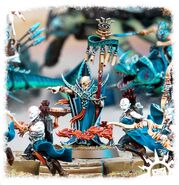