The highest-ranking of the Stormcast Eternal Rangers, the Lord-Aquilors lead the Vanguard Auxiliary Chambers. They have waged a shadow war in Sigmar's name, but now they are openly bringing the fight to his enemies.

Proud individuals, the Lord-Aquilors are fiercely independent warriors who nonetheless have a keen aptitude for command and tactics. It is their duty to lead the Vanguard Auxiliary Chambers to war, and to coordinate their many actions across the Mortal Realms.

Much like the Lord-Celestants, Lord-Aquilors are chosen from those warriors destined to lead. Rather than being singled out for standing fast in the face of overwhelming odds, however, the commanders of the Vanguard Chambers catch Sigmar's eye for their unfettered spirit and keen minds. Some simply awake from their Reforging to find that where they once wore the armour of a Lord-Celestant, they now bear that of their new station. Most chosen in this fashion have been recognised for leading their Strike Chambers in lengthy campaigns far from Azyr, achieving with their dwindling forces what others would have required a full Stormhost to do. Others are created as Lord-Aquilors upon their very first Reforging.

These exceptional individuals, plucked from the realms at the moment of their death by the hand of the God-King, fought their whole mortal lives against hopeless odds to bring destruction to their oppressors. Only after they had exhausted every ploy and trick left to them, expended every resource down to their very lives, did Sigmar take them, reforge them, and then bid them to do with bands of immortal warriors what they were unable to do with all their ingenuity, courage and tenacity.

Their experiences make Lord-Aquilors experts at coordinating guerilla campaigns to achieve by cunning what strength of arms might not accomplish. Each Lord-Aquilor commands the warriors under them according to their own doctrines, and they are given free rein to choose their targets - even Sigmar does not know where all of the Rangers of the Stormcast are. To coordinate the actions of the unorthodox and disparate Rangers is itself no mean feat, but the Lord-Aquilors are also fearsome combatants, riding to battle on Gryph-chargers that strike as hard as any spawn of Chaos and run twice as fast. The Lord-Aquilors wield starbound blades that channel their hatred for Sigmar's enemies, and heavy boltstorm pistols with which they destroy targets of opportunity even as they direct those under their command. 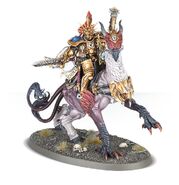 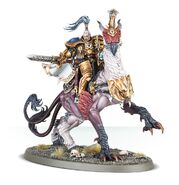 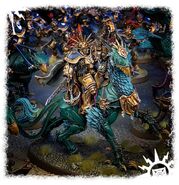 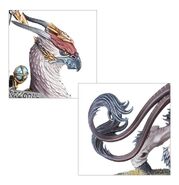 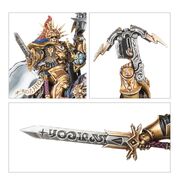