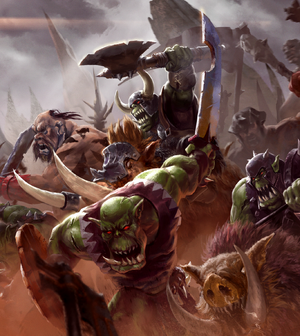 Orruk Boyz are infantry of the Greenskinz armies. These Orruks charge forward waving their choppas and roaring their battle-lust.

They are led into battle by an Orruk Boss and are supported by a Waaagh! Drummer and a Standard Bearer. The larger these mobs are the more dangerous they become.

The Orruks are armed with Pigstikka Spears and Choppas paired with Waaagh! Shields, while some are armed with pairs of Choppas. A few units can instead use Orruk Bows and use Cuttas in melee.

Standard Bearers can be equipped with a Orruk Banner, that increases bravery in the unit, or a Skull Icon, that stops members of the unit from fleeing with a thump. 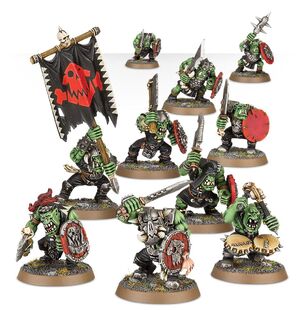 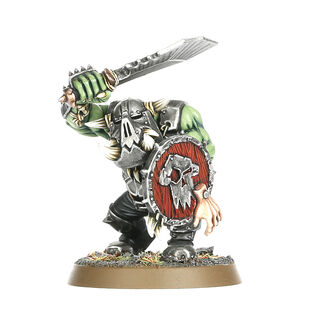