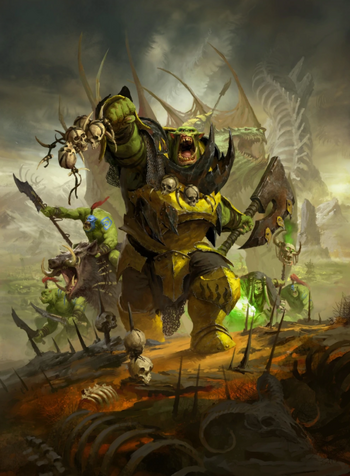 Orruks are the major race of Greenskins and the chosen people of Gorkamorka. They are well known for their strength and brutality, though not their intelligence.

Originally, the Orruks were allied to the Forces of Order, though Sigmar kept on eye on them. During the wars with the Forces of Chaos during the Age of Myth, Gorkamorka grew tired of the battles for order and led the Orruks into the first Great Waaagh!. During the Age of Chaos, Orruks rampaged through the Mortal Realms, warring with the other races and each other.[1] One of the first acts of the Stormcast Eternals was to purge the Orruks from Azyr.[2] 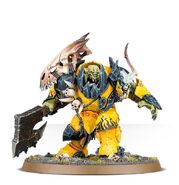