Skragrott is the self-styled Loonking, the master of all subterranean grots and herald of the Everdank. His sinister presence upon the field of battle ensures the Gloomspite Gitz fight with greater spite and cunning than ever.[1c][2]

No one alive knows about Skragrott's origins and anyone who might possess such knowledge "disappear." Thus, Skragrott first came to infamy when he emerged from beneath the cracked soil of Ayadah at the head of a massive Gloomspite horde.

On that momentous day the Bad Moon itself spoke to him while he slept. Its rumbling voice filled his mind, telling him of its approach. When he woke, Skragrott claims he was covered head to toe in squirming insects that scattered to leave him coated in slime. Fumbling at his head -- which was aching like a rotten tooth-- he was shocked to find a stiff fungal crown sprouting from his scalp, its roots digging deep into the very meat of his brain.

A skull-headed wand lay at Skragrott's right hand, and at his left was a regal staff topped with a living -- and incredibly rare -- Badloon Bossfungus.

Skragrott the Loonking is now the self-styled overlord of the Gloomspite Gitz. His sinister presence upon the field of battle ensures his fellow Grots fight with greater spite and cunning than ever.[1b][3] 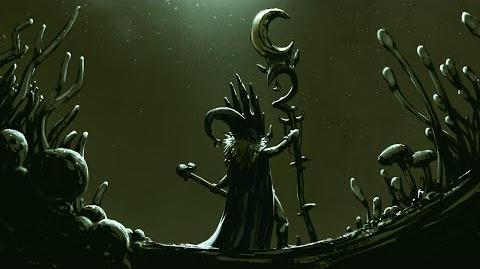 Something grot this way comes... 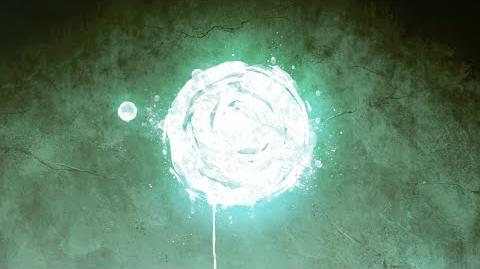