Serving as the swiftest and hardest-hitting wings of the Vanguard Chambers are the Vanguard-Palladors. Riding the winds aetheric atop their Gryph-chargers, they appear as if from nowhere to tear the heart from the enemy battle line only to vanish once more before the foe can retaliate. The chimeric Gryph-chargers ridden by the Vanguard-Palladors are mercurial creatures that ride the magical winds. It is this aspect of these creatures, combined with their hatred of Chaos, that makes the beasts such sought-after mounts.

Battles beyond counting have been won when all seemed lost by the sudden arrival of a host of Vanguard-Palladors. They are lightning-fast shock cavalry able to traverse entire battlefields in the blink of an eye, allowing them to react to the ebb and flow of war faster than even the Extremis Chambers. The Gryph-chargers tear at their prey with beak and claw, their blows able to pierce even armour plate, whilst their Stormcast riders level pinpoint attacks with boltstorm pistols and starstrike javelins. Before the slain bodies of their foes even hit the floor, the Vanguard-Palladors are already on the move, seeking fresh quarry. 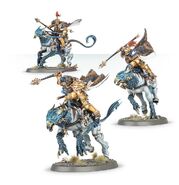 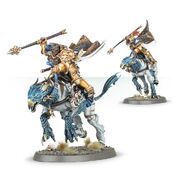 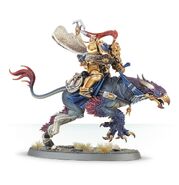 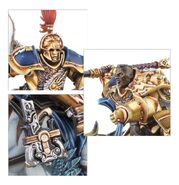 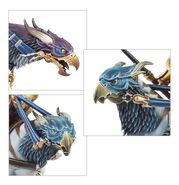